I needed a holiday. But as I found out, you can't take a holiday from yourself. Here's what I got up to in London-on-Sea.

I’ve landed. The room’s nice enough but the staff seem really nice. The fan was a bit broken (the button that stops it rotating has been nobbled) and I didn’t help matters by disconnecting the front plate. Managed to sort it though.

In my wonderful packing list, I discovered I’d forgotten a USB travel plug. Luckily my Media Node bag has a tiny USB plug so I can charge one device at a time if I use that. Alternatively I can always plug in my laptop and charge both phone and watch.

The journey was fine, hampered only slightly by my hangover, which as all my whiskey hangovers do, lived in my belly. Longish journey but none too stressful; I was actually able to navigate Victoria station this time. I’m not looking forward to figuring out the bus situation to Three Bridges or whatever it’s called, but I’m sure it’ll be fine as long as I have some change, or there’s somewhere I can buy a ticket in advance (I doubt it).

I’ve already checked in on the cats via Petcube. Played with the laser pointer for a couple of minutes and they seem fine, but mostly it was just nice to check them, and have the means to do so whenever I want. Really pleased that the thing just connected, and the hotel WiFi was able to sustain the video enough so I could get a decent look at them.

Funnily enough, on the train from Victoria I checked the app and found a mystery video from about 10am, with some person - a woman? - doing something with windows then saying “right”. After a moment I realised it was me from earlier. Y’know, 10am, when I was in the room closing the windows and saying “right”.

I’ve left a note for the sitter, so hopefully she’ll have everything she needs, and I’ll likely see a video of her on the app when she pops into the living room.

I am kinda tempted to get another Petcube for the bedroom, maybe the one that dispenses treats. That way I’ve got their two most common chilling places covered.

Had a nice evening with Danny and Caroline. Spent it at a lovely sprawling bar with decent music - which then was overtaken by a lovely jazz set - and some nice chat.

Went onto what is probably the best Mexican restaurant I’ve been to. Gorgeous food, and nice service. Had a fantastic chipotle chicken burrito, but I think the star was the chorizo scotch egg starter with chipotle mayo (our waiter then brought out the jalapeño mayo, which was fantastic). Definitely want to eat there again.

Rounded the night off with a little drink back at the hotel with the pair of them. Will probably have lunch with Caroline and possibly Danny tomorrow, but I’m planning on just chilling out after breakfast, in my room. Hopefully it won’t involve catching up on emails, but will instead maybe be a chance to catch a Netflix show or something. We shall see.

Also got a text from Victoria the cat sitter, along with a photo, so I’m feeling like they’re in good hands. Being able to check on them earlier was lovely too, so I don’t feel like I’m too disconnected from them.

All in all, a nice welcome back to Brighton.

A pretty pleasant and relaxed day. Spent the morning listening to podcasts in my room then went out for a walk on the beach with fish and chips at a beachside chippie.

Then met Danny shortly after where we headed to the Revelator. He drew, I wrote, he recommended me some David Wong books and I got some extra Audible credits to pick one of them up.

Then via another chippie it was back to Danny and Caroline’s to watch Rick & Morty, eat pizza - Caroline orders a large and that turned out not to be enough between the three of us so she ordered another one! - and drink Sailor Jerry and Coke. We also checked out a few episodes of Big Mouth and I introduced them to the Good Place, which I think they both enjoyed.

Bit of a circuitous walk back to be hotel, but a pretty decent night’s sleep.

Another chilled morning in the hotel, followed by a quick lunch at Bagelman en route to my meeting.

Edited Thread episode 4 and headed out for a meal at Meat Liquor with Caroline and her friend, then were met at a nearby pub by Danny, where we shared another couple of drinks and finally off home to be in bed at a reasonable hour.

Couldn’t help but feel a bit bummed due to the dead end, but honestly I’ll get over it pretty quickly.

A very chilled day, with nothing of any real substance done. Which was kind of the point. Spent the morning in the hotel, headed out for lunch and got lost trying to find Danny in a pub called the White Rabbit (I wanted to go to la Choza and he misinterpreted my location so thought the pub we were meeting at was closer). Had some very nice and unhealthy “unicorn fries” and met Tom Christie who I’d met at DjangoCon earlier in the year.

I noodled around with a Squarespace site, Caroline came to join us, then we headed back to theirs for a couple of pre-game beers before moving on to a pub quiz, where we came second and got ourselves a bottle of beer each by way of prize (I almost aced the Blackadder round right at the end, which tipped us over).

Then we went for a final drink, I got some dirty chips and got back to find my hotel room hadn’t been cleaned, despite me turning the Do Not Disturb sign over to Please Clean My Room.

Another nice start to the day. Did some two-factor authentication stuff and got my SWIFT code so I can take payments from the new client. Then headed to la Choza on Gloucester Rd, met Danny and had a mooch around a few places before sitting in Mareood’s coffee shop to work on bits and pieces.

Then we sat by - and then on - the beach with a couple of drinks and Danny gave me a hagstone (a stone with a hole in) as a gift, and we wended our way to Pompoko for lovely noodles.

Then to a mutual friend's for civilised drinks and conversation. I was moody as fuck by the end, coming back to find my hotel room hadn’t been cleaned again, so double fuck me for not adhering to their schedule, I guess?

Woke up ready to have a better day. And I did! Got out of the hotel pretty early and combed the beach looking for things to buy the family.

I didn’t manage to find anything, but on my way to meet Caroline at the Skiff and do my podcasting Q&A I happened upon a shop where I was able to pick up what I needed.

I picked up lunch from la Choza again and took it to the Skiff where I met all of Caroline’s coworkers. Really nice place and nice people. My Q&A thing went really well and I was able to use the rest of the workday to get steadman.io in shape.

A quick note from future Mark: that was the old Squarespace site I ran for a year, and setup while I was in Brighton. Now back to the story.

After about 5:30 we went to get dinner in a pub as I fancied something a bit more traditionally British. I got a lovely steak pie, and we had a couple of drinks before walking to the Komedia to see the Maydays do their improv thing. It was very funny, even with a slightly awkward start (just lots of energy to warm us up).

We finished the night at an expensive bar, sped quickly back to the Skiff to get my bag and then I Ubered home, with some stodgy crap from the local corner shop (including one of those massive sausages of mystery meat labelled “chicken”).

I got back to the hotel to find it raucous with loud party tunes, but my room had been cleaned! Weirdly I’d done something which nearly irreparably damaged the window blinds, but by standing on the windowsill I was able to get it back into shape.

Not a great night’s sleep but that’s probably just too much food and high calorie booze.

Woke up mildly hungover from the previous night’s improv and drinking fun. Packed and had my big breakfast at the hotel, checked out - paid about £45 extra for food and drink - and headed out to meet Caroline at the Skiff where I dropped off my case and watched some Netflix.

Then back to hers and Danny’s for lunch - from Smashburger, which was very enjoyable - and The Men from UNCLE via their Amazon Fire Stick.

Caroline took me via the Skiff to the train station where I caught a bus to Three Bridges (finding the bus terminal took a little time but I was early). Then it was a pretty non-stop trip from Three Bridges to Victoria, on the tube to Euston where I waited for a platform announcement and missed the train by a few minutes. Luckily one of the train people was knocking around the platform so helped me to the next available train where I was first to board, which was handy.

I got into New Street at around 8:15, then needed to Uber home quickly as I had a Deliveroo coming at 9. The driver was ace as it was a pretty awkward pickup, with Uber wanting me to wait somewhere I couldn’t find. But I tipped him £5, got into the flat where I was greeted sceptically by the cats, just in time to get my Deliveroo and catch up on The Last Leg.

Definitely nice to be home, and back in my own bed. 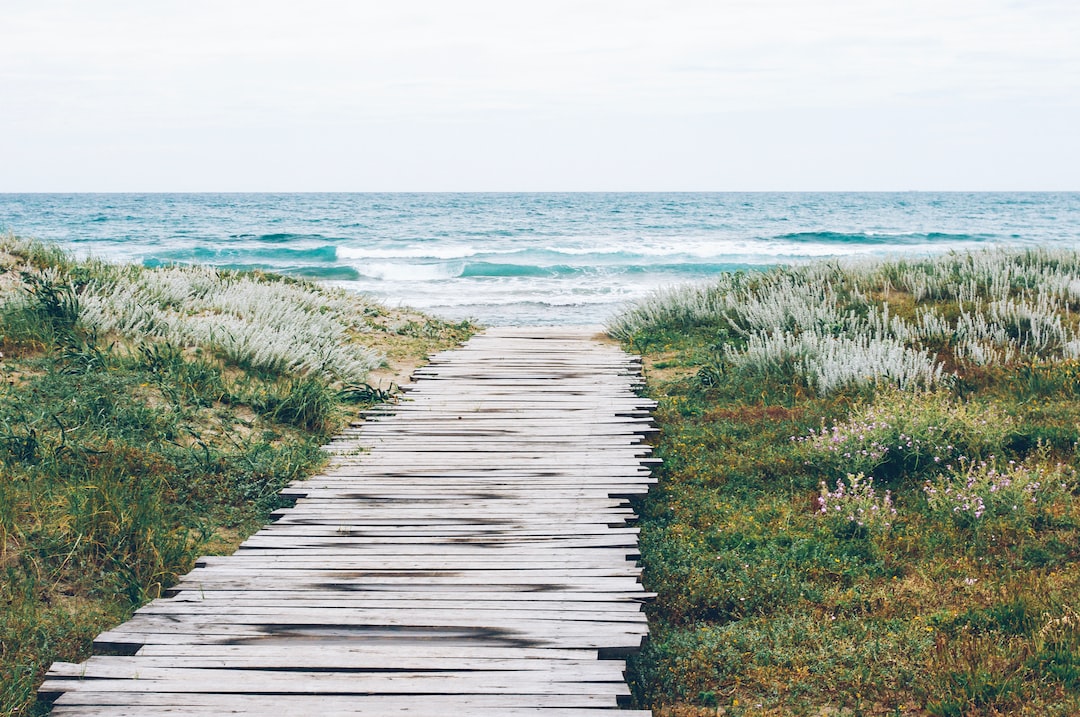 An exercise I contoured up as a way to try and calm my mind when it's spinning out over something irrelevant and impossible to change. 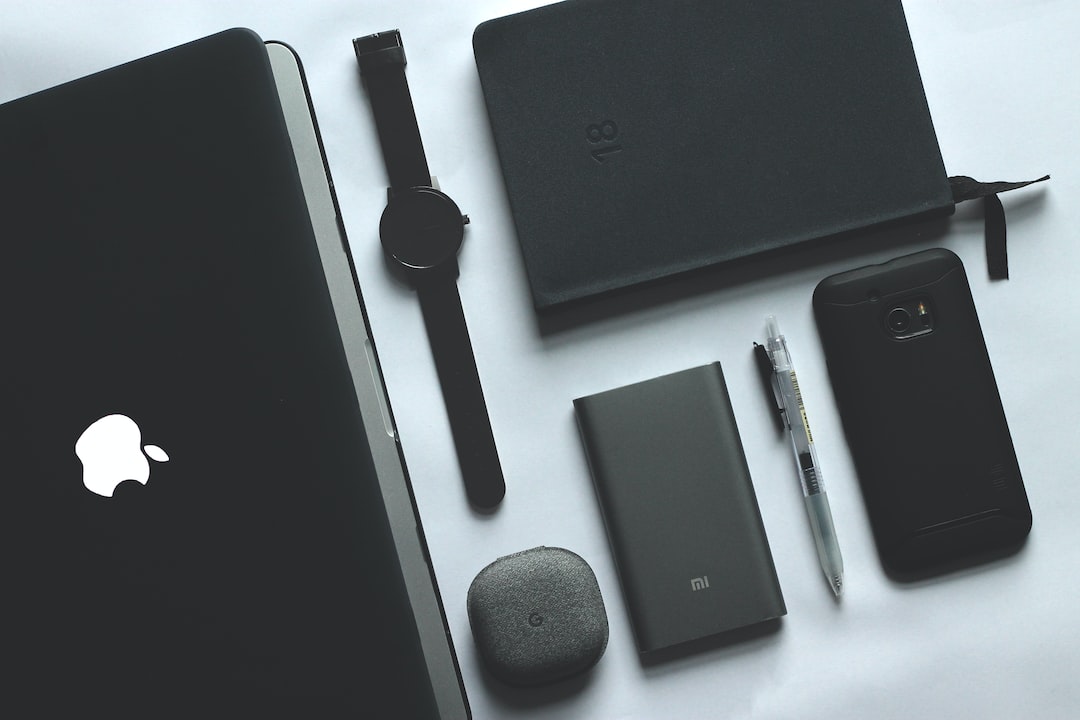 A post from the archive about my first year of running Bloomsbury Digital.

Steadman on Air
—
Seven days in Brighton
Share this